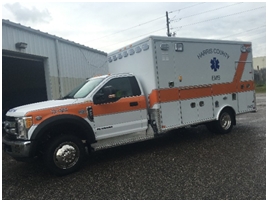 The Harris County Board of Commissioners recently purchased a new 2017 Ford F-450 ambulance to replace a 2002 ambulance with over 300,000 miles. The new ambulance became operational during May 2017 and is a great addition to the county’s Emergency Medical Services Department. The cost of the new ambulance was $149,657 and was funded by the General Fund. 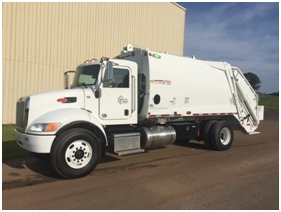