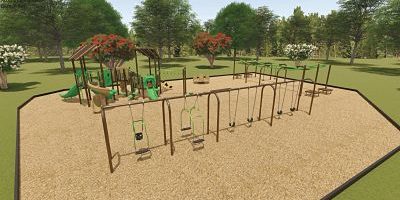 The internal road in Ellerslie Park is under construction. The low bidder, Alexander Contracting Company from Fortson, GA, began construction on the $407,653 internal gravel road during late September and the road is scheduled to be completed during early November. In addition to the new road, a new $136,000 playground has been ordered and is scheduled to be installed also during early November. These recreational improvements are funded by SPLOST-2014, sale of land, a grant from the Georgia Recreation and Parks Association, and donations from generous benefactors. The park is scheduled to be opened in early November with other improvements including pedestrian walking trails, and a renovated lodge for day use. Future improvements include additional signage, pedestrian bridges, pavilions with restrooms, more playgrounds, fishing dock, among other improvements. 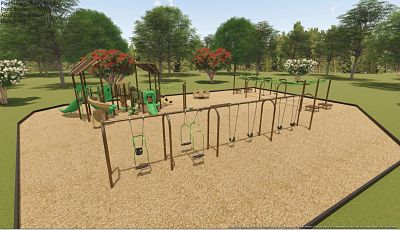 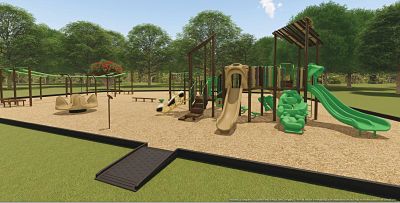