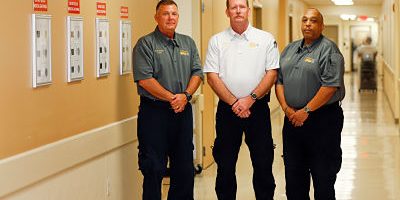 Boatner, Dallas, and Sebree responded to a low blood pressure call in Harris County. When they arrived, the female patient didn’t want to be transported to the hospital. Later she began having a fainting episode or seizure.

The paramedics noticed she stopped breathing so they quickly defibrillated her and inserted a tube for better breathing. When arriving to the Midtown Campus Emergency Department, the patient was awake and alert. Later, the patient went into cardiac arrest several more times, but was resuscitated. The patient was taken to the Cardiac Catheterization Lab where an internal pacemaker was implanted.

This patient was given a hopeful outcome due to Harris County EMS’ timely response and quick action in the treatment and management of a life-threatening cardiac arrhythmia (irregular heartbeat).

Piedmont Columbus Regional created the First Friday Hero program in mid-2016, which is designed to recognize first responders on a monthly basis who have gone above and beyond the call of duty. Their line of work is often a thankless job and we want to make the community aware of our local heroes and all they do to make Columbus and Harris County a better and safer place. 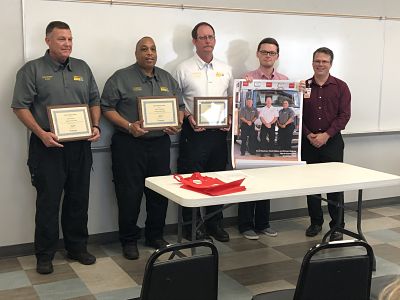